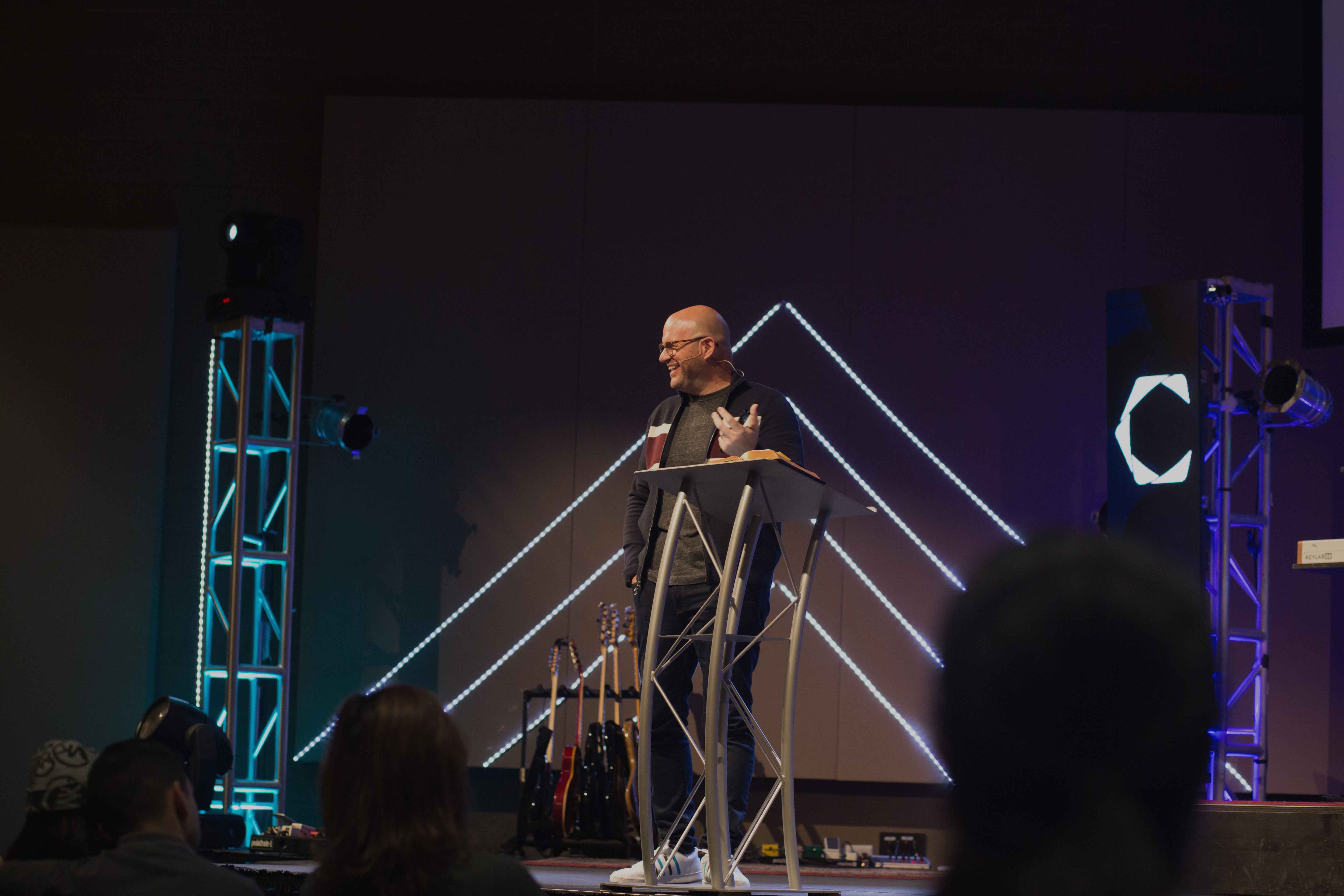 So I’m debating the topic of marketing. Not in the “Is it biblical to send out a piece of mail telling people that we are having an Easter service, or am I worshipping Satan for mailing it?” But in the sense of “how effective is it?” We’ve done mailings and ads and that sort of thing and it has had some success, but most of the Pastors I have talked to tell me that over 70% of people who visit their church are invited by friends or family. Last year, of everyone who visited our church, 74% came because someone … END_OF_DOCUMENT_TOKEN_TO_BE_REPLACED

Well, I saw it… And it was amazing!!! It was everything I could have hoped for and more. A totally amazing finale to what has been more than a series of movies. It has been the backdrop to most of my life. What’s funny is, I can’t remember life without Star Wars. I was born in 1973, so by the time I started understanding my surroundings at age 4, Star Wars was already changing popular culture. In fact, when I was in pre-school and was just learning how to speak English (Because my parents only spoke Spanish in the house), … END_OF_DOCUMENT_TOKEN_TO_BE_REPLACED

Well, I’m on my way to see the completion of the Star Wars saga. I took the day off from church to go see it (Yes, that makes me a sci-fi nerd). But I have to tell you that I’m feeling different than I thought I would. I’ve been waiting for this day since I was a kid and now that it’s here I’m kind of sad. I think it’s because this is the last link to my childhood that was unfinished. I think this will officially make me an adult…I think. The weird part is, I already know how … END_OF_DOCUMENT_TOKEN_TO_BE_REPLACED

There’s something that just rubs me the wrong way about formulas for church growth. That is, just like with any experiment, if all of the elements are the same but you have a different environment, the results will always be different. While I do believe there are many principles we can learn from churches and other leaders, there are some aspects of your church that are unique to your environment. Let me give you an example: I’ve heard many Pastors talking about how Christmas Eve is THE best day to reach the unchurched all year. I believe that’s true in … END_OF_DOCUMENT_TOKEN_TO_BE_REPLACED

Mistakes. Everyone makes them. The issue that will affect your ability to lead is, “How do you handle it when those around you make mistakes?” Let’s look at Darth Vader’s leadership on staff mistakes. In The Empire Strikes Back, Captain Needa has made a critical error in allowing the Millennium Falcon to escape. He apologizes to the dark lord of the Sith and Darth Vader chokes him to death and says, “Apology accepted, Captain Needa.” While we probably don’t choke people to death when they make mistakes, let’s be honest, we probably want to. No one likes mistakes, but they … END_OF_DOCUMENT_TOKEN_TO_BE_REPLACED

You remember the scene. You were probably 5 or 6 when you first saw it, but by now you’ve seen it close to 150 times. Darth Vader walks into a meeting on the Death Star and someone challenges his authority. So what does this leader do? He decides to choke the guy until he agrees. He even throws a spiritual phrase in there to boot: “I find your lack of faith disturbing!” What’s the deal with this guy? It’s really simple: he’s insecure. Insecure leaders refuse to have someone disagree with them. Let’s be honest, no one likes it when … END_OF_DOCUMENT_TOKEN_TO_BE_REPLACED

I went to see “The Kingdom of Heaven” after a nice helping of sushi last night. It was a great movie! It had a real “Gladiator” feel to it, but I didn’t mind because I love Gladiator as well. But the movie had a quote that I can’t get out of my mind. It’s towards the end of the movie and the army of Saladin is ready to take Jerusalem. Orlando Bloom’s character is listening to suggestions as to what they should do. The “Christian” Bishop says, “Convert to Islam…Repent later!” It got me thinking: The day we realize if … END_OF_DOCUMENT_TOKEN_TO_BE_REPLACED

If you’re reading this and you aren’t related to me in some way…thanks. Let me just let you know what this is all about. I’m not a tech guy. I’m not a web guy. In fact, the only reason this blog is up is because some friends said I should start one and because the guys at www.typepad.com make this process SO easy a monkey could be blogging shakespeare quotes in a matter of minutes. But so you’re aware, I’m a Pastor of a church in Miami, FL and my desire here is to share some thoughts and get some … END_OF_DOCUMENT_TOKEN_TO_BE_REPLACED